August was very busy month indeed. So much so that I was unable to write and felt that I should do a collective update on everything. I am considering to perhaps start blogging according to a regular schedule so you know when a new update might be posted. But first, what’s new?

In the first few days of august I turned 25, I didn’t want to make a big fuss of it because I had planned a trip to the Efteling for everyone later in the month. But my family was so kind to get me gifts anyway and decorate the place and bake a cake. We had pancakes for dinner and it was overall a lovely day.

Chopsticks made from acacia wood that my brother made for me

A Wedding of Friends

A week later there was a wedding to attend of two good friends, I took some photo’s for the couple as a stand-in photographer. I wish I had been more prepared so the pictures would be better, but alas. Regardless, it was a beautiful day and a wonderful wedding, and I wish them many happy years together!

Then on facebook I saw this lovely face, and after talking to my mum about it I adopted this little fellow at 12 weeks old. His name is Toulouse and he is just about the naughtiest cat I’ve ever met. He eats and drinks everything (from lettuce and cola to biscuits and cake) and escapes constantly into rooms he is not yet allowed to go into.

Toulouse in a bowl

The people we adopted him from told us he was a girl, but when we took him to the vet we were in for a suprise to learn she was actually a he! Unfortunately we had to take him to the vet the very next day after adopting because he was riddled with worms, mites and fleas. But he is now in perfect health and very happy. Only two more months before his castration and after that he can finally run free!

Toulouse and Lauri at the window

My mum felt Toulouse was a bit lonely (he lives at her place because she has a lot of space and I only a small city studio) and thus adopted a new kitten herself. His name is Lauri and he is about 10 days older than Toulouse and was adopted from a shelter. Isn’t he beautiful? He and toulouse get along very well and they can’t live without each other right now.

In honor of my birthday, My family and friends came together for a day of magic in the Efteling. The Efteling is like the Dutch version of Disneyland and covers many of the classic fairytales which are presented using puppets, holograms and beautiful scenery. But there are also scary rollercoasters and other attractions, I did four rollercoasters that day which was more than enough for me, because afterwards we went for dinner at a wok restaurant, very tasty and suprisingly affordable. It was a great day. 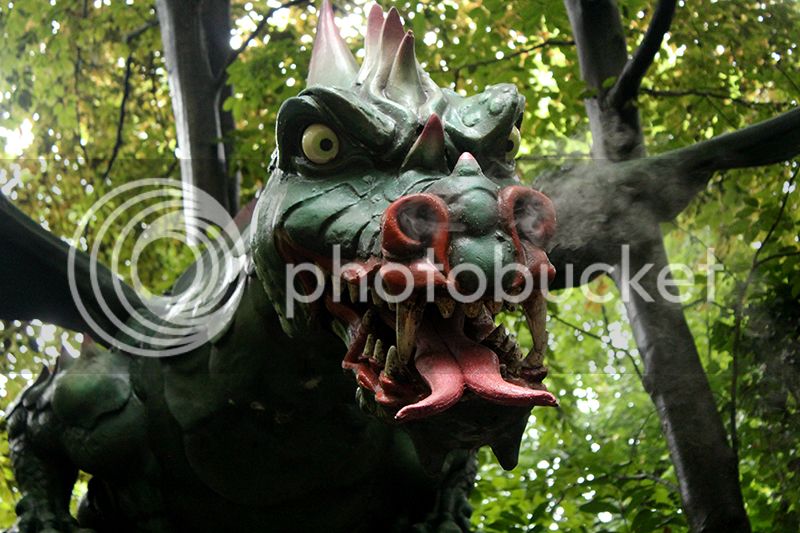 Dragon at the Efteling

Storytelling tree at the Efteling

A trip to France

Since I hadn’t been on holiday for a few years; a good friend, my eldest brother and me decided to go on holiday by car to Burgundy! We went to the Cote d’or region where we had rented an adorable home for a week. More on this trip in a seperate article with everything we did, and recommendations if you plan on going there yourself.

On the way back home, we visted the belgian town “Doel”. which is a small ghost town surrounded by industry. There are still a few people living there who refuse to give up their home. Most of the buildings are in poor shape and completely covered in spraypaint. The town had a very unwelcoming vibe to it.

Windmill in Doel with a nuclear plant in the background

Right after that, school started again for me, so no time for writing! But now that I am settled a little I finally have some time to write again!

Portrait made in drawing class

That’s it for now!

I'm Faye, 24, giving a shot at art school and writing here about my pets, trips and travels, food and whateverelse I come across. Contact me by mailing to: squarekitten@gmail.com